This is the first of a series of periodic reports that will analyse and discuss the results of our Energy Control-International Drug Checking Service. This report is focused on the problem of heroin adulterated with fentanyl and fentanyl derivatives. Drug checking services are useful tools for reducing drug-related incidents, monitoring new substances or patterns of use, and providing information and assessment to drug users. Energy Control (ABD) has offered a drug checking service since 1999 in Spain, as part of an integrated harm reduction service for recreational drug users, and since April 2014 in a worldwide, international setting. 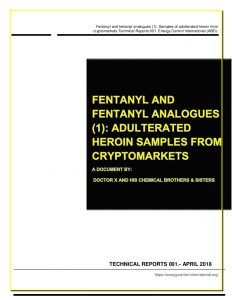 Opiates, particularly heroin, represent a significant proportion of drug-induced health problems in the world. Fentanyl is a very potent synthetic opioid, health problems associated with it are particularly frequent and relevant. The rapid appearance of novel fentanyl analogues that have not been approved for medical use, in the context of New Psychoactive Substances markets, exacerbates the problem even more. This is particularly relevant in United States and Canada, with exponential rise of overdoses and deaths in the last 3 years. Motivations for the use of cryptomarkets as a source of illegal drugs include perception of safety, expected higher purity of substances and reduced risk for frauds and adulteration. Nevertheless, according to our data, heroin is a noticeable exception. Purity of heroin samples purchased in cryptomarkets has a wide variability. In this report we show the presence of different fentanyl derivatives in samples being sold as heroin in cryptomarkets during a 4 year period. This suggests that this is not an anecdotal, punctual finding. We think this situation can potentially lead to severe Public Health problems. Fentanyl has an extremely narrow safety limit, and this is more dangerous for many fentanyl derivatives with similar or higher potency and limited or non-existing experience in humans. Heroin purity in tested samples is highly variable, which involves significant risks of overdosage. The addition of fentanyl or fentanyl derivatives even in small dosages, increases this risk dramatically. Energy Control International is concerned about this problem. As a harm reduction service, our aim is to contribute to protecting drug users’ health. And since the unintended use of fentanyl derivatives purchased as heroin involves serious risks, a series of actions are being implemented in order to warn users, facilitate testing of suspicious samples and monitor this phenomenon. Remember: You can follow us in Reddit and support our work. 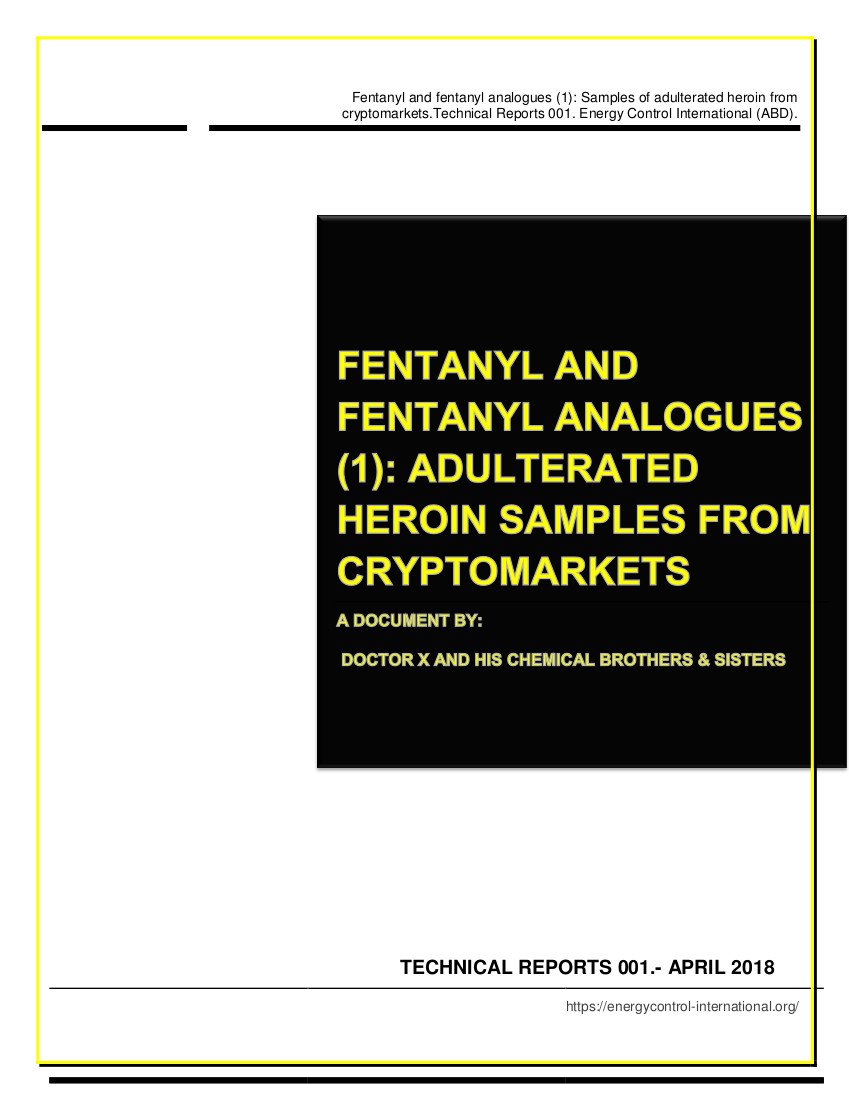